Women in Tech. It's all over the news these days and a lot of it isn't great. Workplace sexism at Uber has hit the social media limelight several times, followed by a flurry of open letters written by women addressing their employers.

Amidst all this furor, lot of other equally relevant stories go unheard. I’m a software developer from India. Lakhs of students here graduate in Computer Science and Engineering every year. And I’ve noticed a common characteristic amongst all of them — my fellow programmers were for the most part, men.

The Indian tech ecosystem has both a skill problem and a diversity problem. Here’s the scenario —

In one startup I was also asked to handle some of the hiring responsibilities. Almost every job applicant, or a referral that I got from a friend, was a male developer. Trying to improve the job description to make it sound more “woman-friendly” didn’t work either.

But why? Most of my batchmates during Engineering consisted of women — men actually were fewer. Their performance in academics was excellent, for the most part. So what was going wrong, and where did all these women disappear? Bangalore is supposed to be the Silicon Valley of India!

I often engage with the tech communities around the area where I live. We have discussions on a variety of topics, like — programming, our advent in tech, about the startup life, and also about diversity in tech.

During these interactions, I realized —

Lot of cultural and social factors act as stumbling blocks for people, from even taking tech roles in the first place. Especially for women.

Before I start talking about these issues, I’d like to clarify few things first:

Why don’t more people take up roles with real programming skills in the first place? Why do even fewer women join startups?

And the reason is, women here are taught to be overly cautious. This becomes easier to understand when you factor in the centuries worth of gender stereotyping and patriarchy that women face —

Plenty of people — mostly men — already know programming before they even begin college. By the time it’s the 2nd year of graduation, there are already male superstars who are quite good with their programming skills.

So the other people who haven’t been programming for very long become less outspoken. Women are less likely to raise hands to answer something in class, they’re also less likely to take part in hackathons. The common line of thinking becomes — Oh my God, how do I even compete with these people.

This goes well for the really smart women too — studies show that women are more pre-disposed to imposter syndrome.

It also doesn’t help when male classmates usually don’t include their female peers in hackathons or discussions, because — “She is actually not so bright, she’s only good at scoring marks.”.

Its not unusual for many women in India to seek their parents approval and ask their permission before taking up a new job.

Few years back, my ex used to work in this big MNC, which was quite far from her home. Commuting to and fro took a lot of time, with her spending atleast 3 hours everyday moving from one corner of the city to another. By the time she returned home, she would be dead-tired, and barely have the energy to study or do anything else.

According to her parents it was “un-womanly” to move away from home and live in a separate apartment closer to the office. The thinking was something in the lines of “decent girls don’t do that”, or “what would the neighbors think if you they see you coming so late”.

I can recount plenty of similar tales about my female cousins and other female friends too. Lot of millenials' parents are not comfortable with their child, especially their daughter, joining a startup that no one has heard of. Many of them are of the opinion that joining startups is a receipe for disaster, because —

“What will you do if the startup shuts down?”

They also believe that it’ll affect their child’s chances of getting a good bride or groom through arranged marriages. Bewildering, isn’t it?

There are lots of such centuries-old cultural norms that impede women from pursuing their interests.

This applies to both men as well as women. Computer graduates typically get placed in service based MNCs for the most part. Most of them don’t possess the skills that the industry demands, so they undergo training for few months. After that, it’s a gamble — sometimes you’d get a developer role, sometimes not. It’s not unusual to be assigned data entry, tester or a systems engineer role.

And in plenty of occasions, you’d be put on bench. I’ve heard stories from my peers working at such places, where they’ve been put on bench with no project assignment for weeks, sometimes for months at a time.

A major chunk of software that MNCs use rely on legacy code — so you might be working on something that was obsolete, for all intents and purposes. Many companies also have an orthodox work culture. So you’d constantly be surrounded by unmotivated peers and managers, and that in turn makes you dis-illusioned and unmotivated too.

Some companies here also have bond periods in their contracts, usually upto two years. These bonds are designed to instill fear on junior developers, to discourage them from looking out for better opportunities.

It’s tricky when you have to deal with irrational assumptions, challenge people’s beliefs and deal with negativity. Usually under these circumstances, the person feels there’s no way out and usually resigns to their fate.

Some of the most frequent apprehensions that come up during discussions —

and quite often, this —

It’s okay to be imperfect.

It basically boils down to —

The first two will help you get job ready. While the last part is going to help you in lot of subtle, but noticable ways with which you can overcome some of the impediments discussed earlier.

I will be covering these points in much more detail, in future posts. But for now, I’ll explain them briefly —

What should you learn?

Out of all kinds of programming skills, the one which currently has the lowest barrier of entry is web/full stack development. Web development also has as many jobs as the rest of the other categories combined.

There are plenty of bootcamps, communities and meetups focused around web development and other programming skills. Plenty of online tutorials, blogs and resources are also focussed on full stack development. With some effort, a person with no prior programming experience can pick something up and start applying for jobs in very less time.

If you’re interested in Data Science or AI, you could learn that too. There are lots of amazing resources / courses coming out on the web for topics like Deep Learning, Artificial Intelligence and Machine Learning — and many of them are for free!

AI is also a field where having a computer science degree alone doesn’t matter — you’ll have an added advantage if you come from other academic backgrounds, like mathematics, physics or biology. And the applications are immense!

Importance of having a portfolio, side projects and open source contributions

Resumes are reducing in popularity in recent times. Instead, give a serious thought in working on side projects and making a portfolio website.

Having a personal webpage with a good bio, and links to your github profiles and side-projects, is the single most important thing you could do before you start applying for jobs. It provides a good starting point for conversation with potential employers, and they’d be able to assess you better as a candidate.

Contributing to a decent project on github also greatly improves your chances of getting hired by a company. In-fact, my projects on Github have helped me get through several technical rounds during interviews. 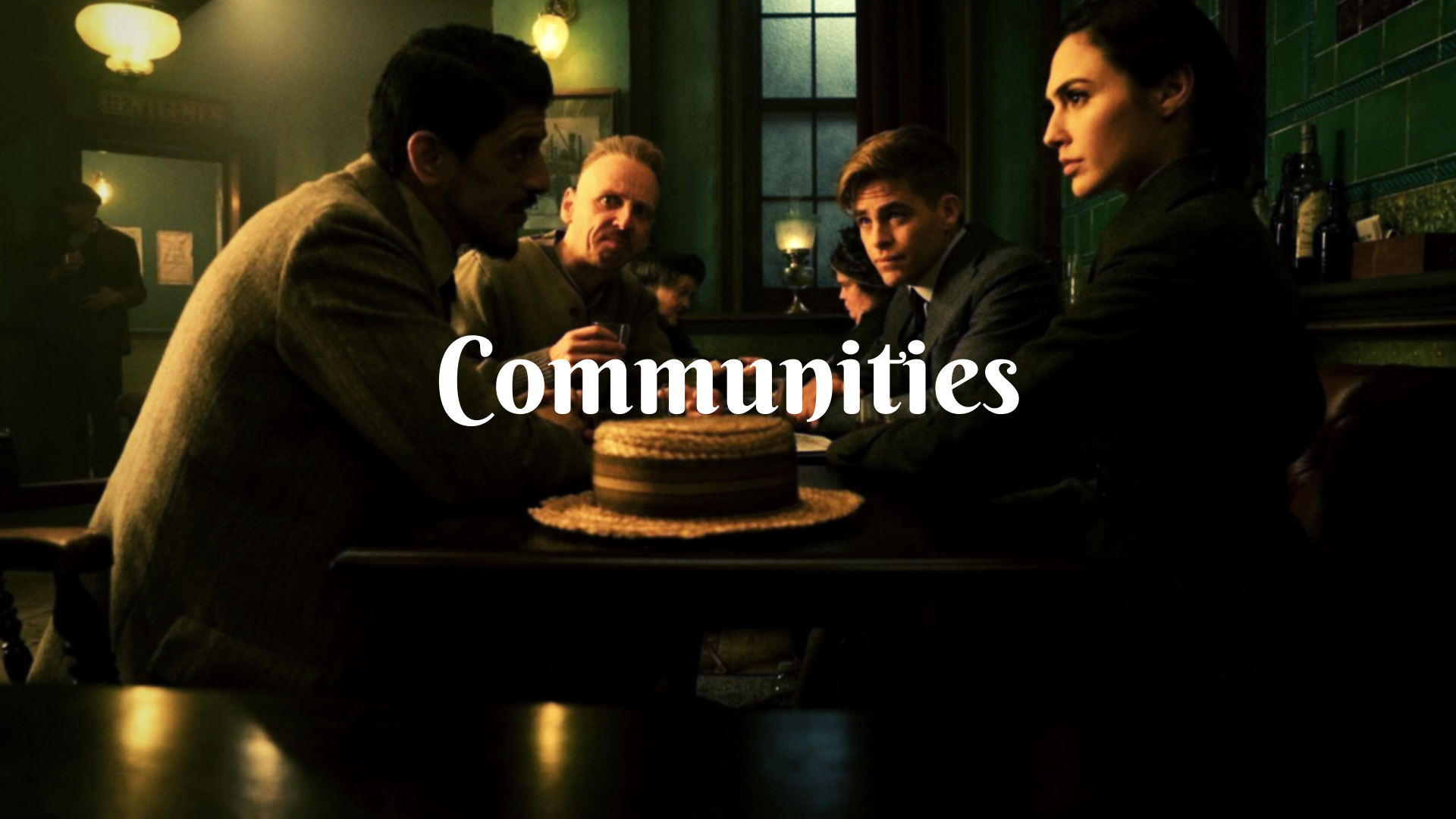 Every major city has offline communities and meetups focused around tech. There are also plenty of communities online, on sites like Twitter, Facebook and Slack. You can learn and improve your tech and communication skills, meet fellow learners and get to understand different perspectives.

Plenty of them will be able to relate with you, because there’s a good chance that they went through the same problems that you face.

In this process, you might come across potential mentors. Some of them might even be willing to hear out your problems and suggest strategies. Communities are also great places to network and get referrals.

How can a mentor help?

The number of things one needs to learn in software development is increasing every year. It can often get overwhelming. Fortunately, one need not learn all of them to get a job — just like one need not learn all the words in the English dictionary. If you knew even 20% most commonly used words, then you can begin conversing!

A mentor who’s been in the industry for a while can tell you exactly what to learn, and they could also teach you. The advantage of learning from a teacher is that you’ll understand the 20% most relevant of skills that really matter.

You can take help of a mentor to help you out in case you’re stuck with a piece of code, or if you need a code review. They can also help you contribute to open source projects.

If you’d like to make open source contributions, I could really use your help! Do check out my project(s) on Github — I’ll give you tips on getting started.

It’s not enough to just know tech skills. It’s important that you also communicate well, in a way that portrays confidence. You have to tell a story, and you have to convey it in an interesting way. This creates a huge first impression on potential employers.

A mentor can help you out with preparing a mission statement, and will offer tips on how to sell yourself. They can also help you in your job search via referrals.

A good mentor will help you overcome your insecurities, recognize your strengths, and help you overcome challenges. Many times, a mentor will share personal anecdotes on some of the difficulties that they faced and how he or she overcame them. Listening to them can help you strategize better on dealing with your own issues — be it at home, or at your current workplace.

Are you a person who’s looking to make a successful career transition into tech?

If so, then I’m here to help. As I’m sure plenty of my peers are. 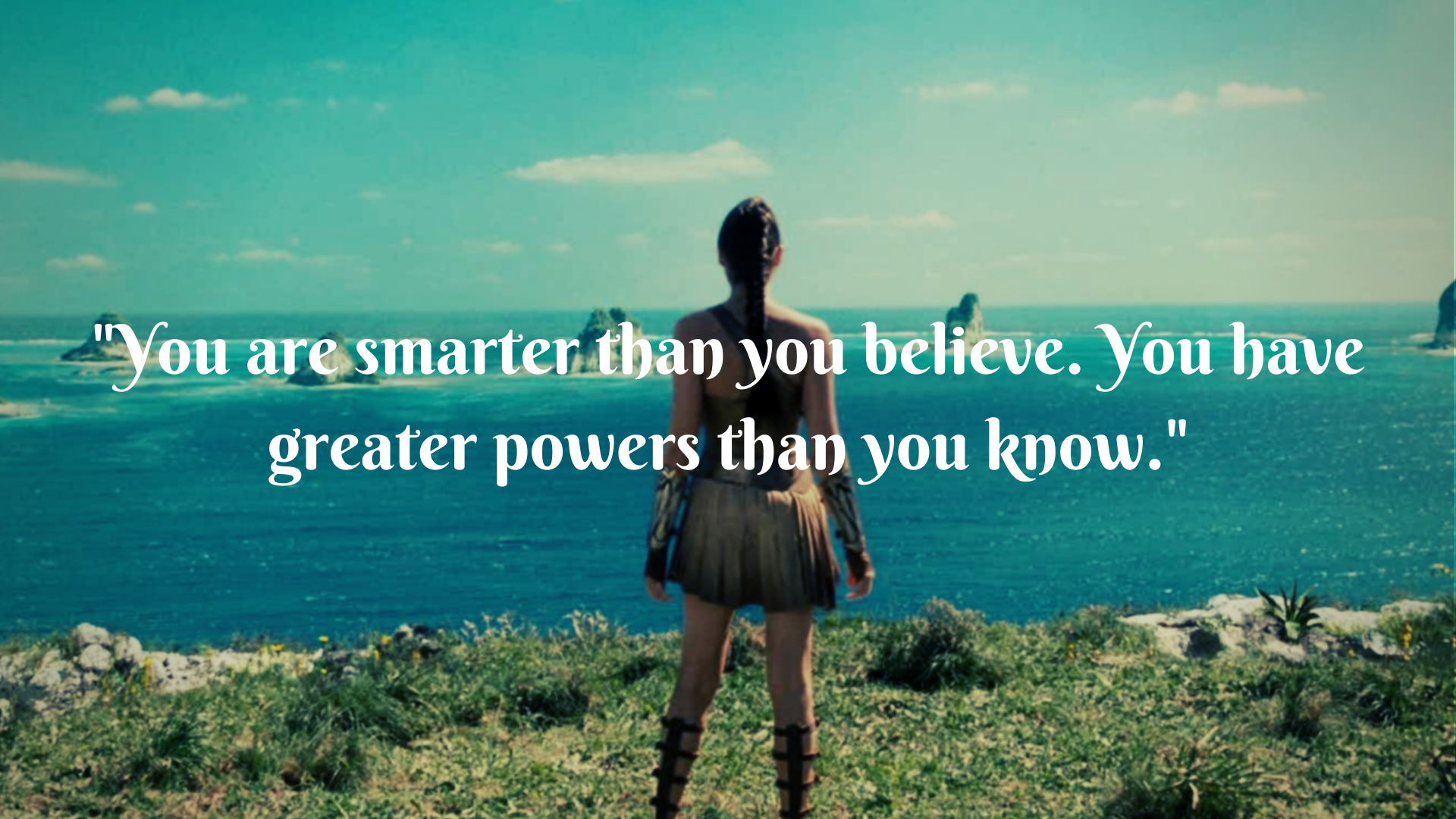 I’m not a knight in shining armor. I certainly don’t think that women are damsels in distress, or that I have the solutions to all your problems.

“If you see something wrong happening in the world, you can either do nothing, or you can do something”

We need more people — especially women — to be our colleagues. We also need you to be a part of communities and facilitate meetups, where you can participate and speak without the fear of repercussions. Reforms in tech will probably take decades, but you need not wait until then.

You don’t need to be perfect. Just brave.

Thank you for reading. Do consider joining the local FreeCodeCamp community in your neighborhood. We host workshops and talks every month. The community also has some amazing folks who take some time out from their busy schedules, to teach and help other people learn. We’ll also help you find and get involved with other amazing communities.